Valencia is the World Design Capital of 2022

Valencia is the first city in Spain to be designated World Design Capital in 2022. This means: even more to do in Valencia. Throughout the year, there will be cultural events organised around this theme, such as interesting exhibitions, workshops, conferences and lectures.

It is the eighth time that a city is awarded this title. Past cities include Turin, Seoul, Helsinki, Cape Town, Taipei, Mexico City and Lille. The World Design Capital is chosen every two years by the World Design Organisation (WCO). They promote cities that use design as a tool for economic, social, cultural and environmental development.

The fact that Valencia has been named World Design Capital 2022 comes as no surprise to us. Spend a day cycling through this city and you will see the avant-garde architecture of the City of Arts and Sciences as well as the art nouveau of the Colón market. Or how about the urban design of the Turia Gardens and Central Park. This perfectly shows that design can also provide a social and functional solution. In addition, design makes the city. How distinctive are the beautiful ‘fachadas’ in the centre of Valencia? Unmistakable for the cityscape and due to recent renovations also a good investment for those looking for a property in Valencia city.

Every month of 2022, there are several events in Valencia that are dedicated to the World Design Capital year. To give you an idea of what to expect, we have highlighted a few.

This is an exhibition that aims to educate about the environment of Godella. The flora, fauna, history and culture are covered. The exhibition offers audiovisual and illustrative material about Godella through the eyes of various Valencian artists, such as illustrators, designers, photographers and video artists.

Bloubu is an educational board game for children with speech, language or communication disorders. The aim of this project is to motivate children in a graphical way to develop skills such as memory, attention, emotional intelligence, communication, independence and cooperation and also to stimulate their creativity and imagination.

This project is about the importance of soundtracks for television series. In LAB de series, musicians and experts discuss the most important aspects of soundtracks in series. How it contributes to the story, how it captivates the viewer and the diversity of the use of music in the world of television series. This event will be complemented by a concert of Valencian groups performing some of the iconic soundtracks of filmed series.

The celebration of the World Design Capital, right in the streets of Valencia! The city will be filled with exhibitions, workshops and open ateliers, where citizens and visitors of the city will be actively engaged in the importance and value of design.

Want to know what else is on? The complete list of events that are part of the World Design Capital 2022 can be found here.

The Most Beautiful Buildings in Valencia

Orange shaking in Valencia, a must see

10 x the best suburbs to live in around Valencia

The team at Dream Properties Valencia is familiar with the city, but also with the surrounding communities of Valencia. What are the best places to live in the region?
Continue reading

Orange shaking in Valencia, a must see

An annual ritual in Valencia City: the shaking of the oranges from the thousands of orange trees...
Continue reading 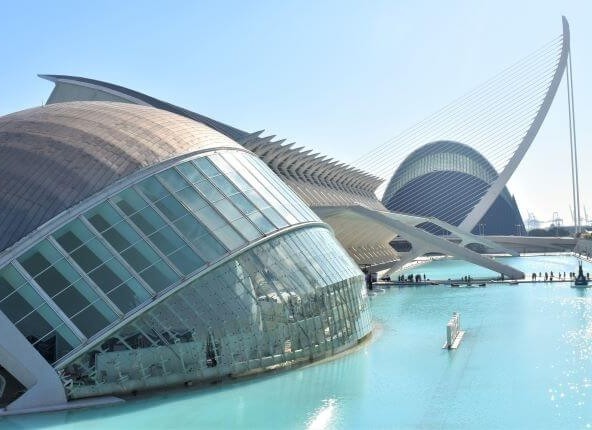 The Most Beautiful Buildings in Valencia

Looking to find the most stunning buildings Valencia has to offer? You´ve come to the right place....
Continue reading

Properties & News straight to your inbox